“I would rather be a ‘chudail'”- I found myself wondering while I watched Bulbbul. Given that patriarchy crushes countless women, many choose to end their lives, while some become torchbearers of patriarchy. And then comes a handful of women, who fight back- like the protagonist in the recently released Indian movie on Netflix- Bulbbul. 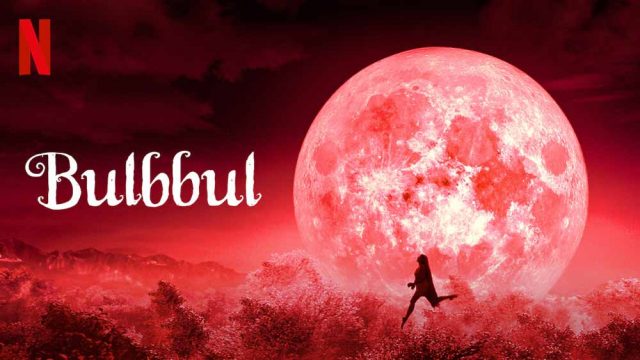 A supernatural feminist story, Bulbull depicts the story of a child bride from 19th century Bengal who grows up developing an affinity for her brother-in-law Satya whom she actually mistook as her husband on the day of her wedding. However, she was married to Indranil, who is decades older than her. Indranil has two brother- his twin brother Mahendra who is mentally challenged and Satya, who is close to Bulbull’s age. Mahendra is married to Binodini who is unhappy in her married life and has an affair with Indranil. Binodini despises Bulbull from the first day whom she considers as her rival. As Bulbull and Satya grow up, Indranil starts becoming jealous about the bonding they share. His jealousy is further instigated by Binodini. Indranil decides to send Satya away for his studies. Bulbull is saddened to hear this. Indranil stumbles upon pages of a book co-written by Satya and Bulbull but he misinterprets the contents and assumes that they are having an affair. In a fit of rage, he thrashes Bulbull and injures her feet severely. Dr. Sudip is hired by Indranil for Bulbull’s treatment. Meanwhile, Indranil decides to go away from the manor. Mahendra rapes Bulbull and injures her further. We see Bulbull dying. However, the next day she wakes up screaming. Binodini comes to see her and tells her that there is always a price to pay for a luxurious life. When Dr.Sudip comes to check, he notices Bulbull’s wounds and suspects that she was assaulted. However, Bulbull refuses to tell him anything. After some time, during the time of Puja, Mahendra is found dead mysteriously. Binodini believes it is a chudail or a witch that killed her husband.

A mysterious murder spree begins in the village. Satya returns after 5 years and is shocked to see the changes in Bulbull, who transformed from a young, bubbly girl to a feisty woman who has taken over her husband’s duties towards the estate. He asks her what did she do to the girl he knew. She teases him by saying she ate that girl. Satya is jealous of the closeness between Dr. Sudip and Bulbull and doubts that they might be having an affair. He also hears about the stories of murder and refuses to believe in the existence of a witch. He believes it is done by a man and vows to hunt down the murderer. He doubts Dr. Sudip, but fails to find evidence. Towards the end of the movie, when Satya sets the forest on fire, he realizes that the witch is none other than Bulbull.

While I liked the storyline and found the performances of the main characters stunning, I wished that the script was written better. I felt as if the story ended too fast, and too fast paced- but this is just my personal preference. Maybe, the film would lose its aura if it was too long- I am not too sure about that. But from a feminist perspective, I could relate to the main characters so much and left me with thoughts lingering for days.

Bulbull is without doubt the character I loved most. My heart ached when she suffered in the hands of her husband and brother-in-law. Her fierceness and boldness left me captivated. Given the timeline of the story, a woman like Bulbull is indeed a character out of a fairy tale.

Indranil and Mahendra- the twin brothers symbolize typical patriarchal men who can crush and destroy women’s lives in the blink of an eye. Indranil is a typically chauvinist and hypocritical man who has no problem in having an affair with his brother’s wife but is extremely possessive about his own. He despises the friendship between Satya and Bulbull. Men like Indranil are all around us.

On the other hand, faux-feminist Satya is all around us- men who support feminism as long as it is convenient for them. Men like Satya likes to encourage feminist ideas, but convenience comes first.

In contrast, I adored the character of Dr. Sudip. In my opinion, he is the perfect companion- be it as a friend or a lover. He is empathetic and displays decency. He is loyal towards Bulbull and does not cross his boundaries.

And Binodini? I can not stop counting how many Binodinis I have met in my life- women who are oppressed by patriarchy, women who are victimized, women who have no control over their own lives- and yet staunchly support the system that crushed them to the core, leaving them with very little self-respect and dignity.

To sum up, the movie is definitely worth watching as it so skillfully depicts various shades of patriarchy. 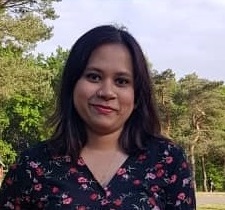 Simultaneously published in the writer’s Medium account and her personal blog, Simonti Writes.

The writer is working as the editor of Women Chapter’s English site. She has completed an M.A. in Development Studies from International Institute of Social Studies, the Hague, the Netherlands.   When she is free, she likes to write, travel, or make quilled art/crafts.