Shucheesmita Simonti: What does Trump’s victory reveal to us? Or why is it that it has angered people across the world? Apart from his xenophobic and racist propaganda, another alarming factor is the support Trump received from female voters despite having made derogatory remarks on women. It tells us how even in a so-called country like United States of America, patriarchy is deeply embedded into the mindsets of people. 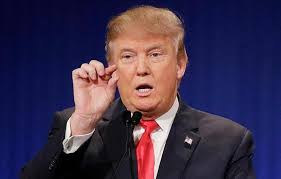 Keeping the global politics aside, what is an alarming factor from a feminist perspective is that when we are extending our support to a personality like Donald Trump, we are legitimizing violence and discrimination against women. And not just the newly elected president of United States of America is disrespectful to women, there are thousands of Trumps among us. They are patriarchal, they abuse women and look down upon them and yet they are held in high esteem in the society. They can come from any walk of life, it is not necessary that the person has to be uneducated.

Unfortunately, there are many pseudo-secular Trumps among us and it is often difficult to identify them as misogynists. There are many so-called educated men who will flood twitter and Facebook with posts on empowerment of women and claim themselves as feminists. Ironically, such Trumps in their personal lives mistreat women in their lives; they raise their hands on their wives, exploit and keep changing girlfriends like sanitary napkins.

Despite what they preach, they too view women as commodities. Such people do not miss out on a single opportunity to abuse women but in public, they will pretend to be ‘nice’ and ‘gender-sensitive’. While their personal life is filled up with violating women in every way possible, they still manage to earn our respect. We often tend to overlook their misdeeds because they appear to be intellectual; some of them even appear to be revolutionaries. We romanticize what they preach and choose to ignore the trauma they often inflict upon women in their lives. We tend to overlook the fact that these pseudo-secular Trumps are wearing charming masks and their reality is dark and bitter. What we forget is that, in this process, we too become part of the crime.

While disheartened people are flooding social media with posts expressing their disappointment (I am too in the list), it is important to remember that Donald Trump was at least explicit in his view towards women. At least in public he made it crystal clear that he does not have even ounce of respect towards women. But, among us there are so many Trumps whom we don’t criticize, there are people who continue to commit acts of violence against women and yet manage to hold respectable positions in the society. So why there is so much of hue and cry over Trump’s victory when there are so many Trumps amongst us?

This is perhaps because his victory despite such controversies have forced us to face the brutal reality that be it East or West, women continue to be oppressed and the oppressors can get away with their misdeeds and be celebrated. It is pinching our conscience, but what we are forgetting that it is the leniency towards such oppressors which have culminated to this day.

The writer has completed her Masters in International Relations from South Asian University, New Delhi .Her research interests include: Refugee rights, Women’s issues, Ethnic conflict, inter-faith peace-building. She has been volunteering with Safety First for Girls, an NGO located in Zambia. She is also volunteering with United Religions Initiative-North India zone.