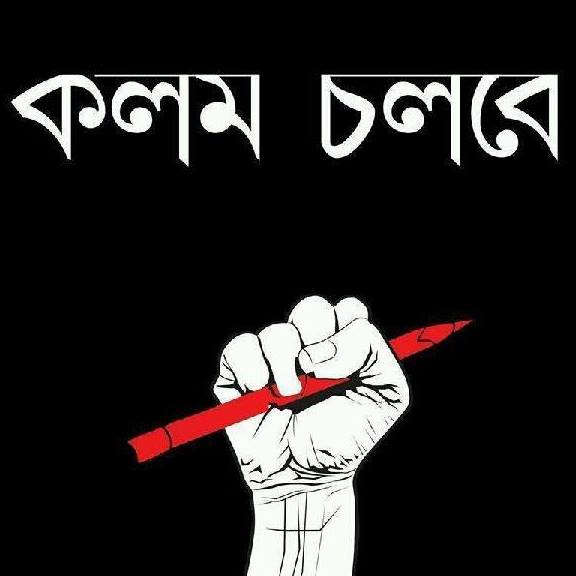 Women Chapter : During the last nine months, I felt a strong urge to pick up my pen a number of times; because I sensed the need to raise my voice, externalize my rage and rise in solidarity despite my limitations due to being thousand miles away from Bangladesh – the country where I was born in.

The systematic brutal attacks on bloggers, writers, publishers, and non-Bangladeshi aid workers broke my nerve. The repeated negligence of the government in bringing the perpetrators to justice made me furious. The tolerance of Bangladeshi citizens towards these attacks saddened me.

I have lost my faith on the government long ago. Both main political parties in Bangladesh have given me ample reasons to believe that they lack basics of ‘civilized’ politics and know-how to govern a state. None of them seem to have minimal capacity to empathize with the struggle of citizens. Or simply they are not willing to do so!

In this crucial time, what worries me the most is the lack of solidarity among citizens. We seem to be getting used to this brutality. The frequent occurrence of these attacks made us learn the trend; we can almost predict when to expect the next attack, and know who will be the next victim(s). After all, we have been handed-out by the militants a list of names of those who are in death row. We all wait for the next episode to happen.

We are curious to hear the news, but nothing shocks us or shakes our core! Morning-after of each attack, a handful number of concerned citizens condemns the brutal attacks, some activists get on the street to protest and the larger society remains the silent observer. So, why would these militant groups fear anything? Why would the government – the so-called ‘democratically-elected’ – feel threatened to be thrown off although it keeps failing to safeguard the constitutional rights of the citizens? The government knows by heart that it can get away with its incompetency.

Many of us tend to blame our fate for all these. Fate is shaped by us and it is the very consequence of our own deeds or of our doing-nothing to prevent something. Fate is not something fixed or absolute like it is said in Bangla “written on our foreheads”. In a ‘People’s Republic’, people seem to have turned passive instead of being inspired and empowered in actively determining the fate. We have failed in essence and we pathetically got used our failure.

Bangladesh essentially needs a shock-therapy to wake up. But when the tolerance level of Bangladeshi society is so high that the citizens can get by with seeing a pool of blood from human-slaughter every while and has developed a thick-skin against violence, the shock-theory is probably something quite unrealistic to hope for.

This is against my nature to sound so pessimistic, but I feel that my hope is getting drained and I am about to hit bottom. I am gasping for air and trying to be hopeful. The government is a lost case. I can only hope that people will feel the harsh lashes on their back each and every time a fellow citizen is deprived from her/his right to life and personal liberty, consequently will sense the urge to wake up and rise. When one of us is attacked, none of us is essentially safe.

Solidarity among citizens is crucial. The more we are, the better it is in order to put an end to this brutality and incompetency of the government once for all. In fact, we all have our shares of the responsibility to overcome this catastrophe Bangladesh is currently in. We all have the power to do something.  There is a saying by Albert Einstein that goes like this: “The world is a dangerous place to live; not because of the people who are evil, but because of the people who don’t do anything about it.”

An attitude of zero tolerance to violence against any fellow citizens is needed to be bred and nurtured in our society. And we should not fear to make a proper use of the democratic power assigned by the constitution.

I can lay my hope only on my fellow citizens.