The root of honor related killings is associated with the age-old culture of discrimination against women. Historically women have been the prey of violence only because of the fact that they are women. Honor is something that defines the life of a woman in a traditional setting- whether she is a ‘good’ woman or ‘bad’! It is a tangible symbol of social prestige, pride, dignity and respect which is also related to the cast, community, kinship, societal norms, and customs in society.

To understand the concept of honor, one needs to understand the concept of shame also. Honor brings social value in two ways: for the individual and for the family or society as a whole. On the other hand, shame decreases the social value or prestige of a person and his/her family. In a conservative and patriarchal society, the culture of honor is mainly associated with the life of the men. They are the actual source of honor to display it in the society. It can be addressed as masculine honor. Women are connected to the idea of ‘dishonor’ which is centrally related to masculine honor. Women can destroy masculine honor and bring shame according to traditional beliefs. In many societies, men treat women as their subordinates.

Women are treated as a product rather than a person. Men believe that women- be a wife, sister, daughter or niece belong to them. The honor of the family depends on these women and their activities. Women are said to be delicate and need protection. For example, in Middle Eastern countries, women are ordered to cover themselves up in front of men. The dignity and honor of the family lie in the way women represent themselves in society. Fathers consider their daughters as his property and later those daughters become their husband’s property and this vicious cycle continues.

When any woman is found doing any immoral act that goes against the established norms of the society, it is said to affect the honor of the men and the family. To restore their lost prestige, men commit murders of those accused women in the name of. This is more of a tradition than any religious concession. The act is premeditated and can be considered as a cold-blooded murder that is carried out by the victim’s own father, brothers, husband, or other family members, including female members, in order to preserve family honor.

One key difference between domestic violence and honor killing is that the former is generally an individual approach and the latter is a collective approach. Honor killings are committed for the following reasons: refusing arranged marriage, adultery, disobeying conservative dress codes, marrying someone outside the caste or religion, being rape, or engaging in any activity that goes against the established customs of the society. Sometimes men are also killed for homosexuality or any other inappropriate behavior. The victims are even not given any scope to defend themselves. The more severe the allegation, the more brutal the punishment gets. Honor killing takes the form of strangling, slaughtering, stoning, stabbing, beating, burning, hanging, acid attacks, etc. In short, the definition of honor has changed because of the brutal nature of the crime. It represents vengeance or avenge more than pride or dignity. It is absolutely against the human rights and freedom of any woman.

Very often religion is held fully responsible for the crime of honor. But it is more of a cultural phenomenon. Though the majority of honor killings are perpetrated in Muslim communities across the world, one cannot deny that it is also happening in other religious communities. India, for example, experience honor-related crimes because of the Hindu caste system and legal clemency. It is prevalent among Sikh communities also who follow Jainism. This caste system decides the social standing of a person. Over the years this has become a tradition that undermines people from lower castes. It’s the people who created such traditions of violence and discrimination, not any religion particularly. The research found that honor related killings are more prevalent in households where religion is not followed that strictly. It’s the value of prestige and fear of shame that instigate people to take heinous steps.

Like terrorists, these culprits are not true devotees of Islam or any other religion. They create their own version of tradition in the name of religion and provide justifications for their barbaric crime. Neither Islam nor any other religion support honor related killings. In case of specific acts like an illegal sexual relationship, both men and women are prohibited to do such things in Islam and are directed to be punished under certain conditions including in the presence of witnesses. But in most cases, women are the only victim of honor killing in adultery related incidents. This reflects the misogynistic influence of that given community more than any religious influence. These are the same societies that used to bury the newborn female child alive because having a girl child was perceived as a degrading event.

Unfortunately, the silence of the Muslim communities and concerned authorities regarding this issue helped honor related killings to dominate even in this 21st century. This did not happen in one day. Years of neglect and ignorance have turned this atrocity into a cultural phenomenon. In ancient times, any senior men from the Roman household had the authority of power to kill an unmarried girl or wife for adultery. Even in Jewish Law, it was mandated that any man can stone his wife to death for extramarital relationships. Roman Law justified such homicides in favor of saving one’s honor. In fact, it had the rule to penalize any man who would not kill their adulterous wife or sisters. In Italy, those men who killed their adulterous wife, sister, or other women used to get reduced sentences until 1981.

Getting accurate statistical data on honor killing is a difficult task. It is because most of such crimes are not reported, kept hidden, or passed off as suicide or natural death by the family of the victim. The United Nations have estimated that at least 5000 women and girls are killed every year in honor of violence across the globe. The number is alarmingly high in Muslim majority countries. Countries like Pakistan, India, Bangladesh, Brazil, Ecuador, Egypt, Israel, Italy, Jordan, Morocco, Turkey, UK, Jordan, Morocco, Sweden, Iraq, and Iran, etc. have recorded significant numbers of honor-related killings over the last few decades. In southeast Asia, India and Pakistan have experienced the most honor related killings in the recent past. The practice is more evident among different tribal communities here. When a woman is found guilty of any misdeed, it is reported to the informal court systems like Jirgas or Panchayats. The punishment is mainly decided by the committee of such courts. Informal court systems are very influential in rural areas who exercise their authority over rural people. They value the honor of women more than their right to life. Many honor killings in this region are instigated by the decisions of such traditional court systems. Laws related to such crimes in most countries are either non-existent or not effective enough. Still, the brutal act of honor-related murders goes against the core principles of the International Convention of Human Rights (1948). It also violates Article number 1 and 2 of the Convention on the Elimination of All Forms of Discrimination against Women (1979). The absence of justice for honor-related crimes also violates the International Covenant on Civil and Political Rights (1976).

The practice of honor killing begins at home. The practice will stop when families will learn to value a woman or girl as a human being and not as a symbol of family honor, In short, it will take more than laws to protect the women from such evil practice. 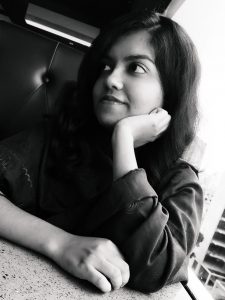 Nujhat Jahan likes to write on contemporary criminal and feminist issues with great passion. Her educational background in Criminology has given her a broad base from which to explore and evaluate several issues. She believes in bringing a positive change in the minds of the readers through her writings.