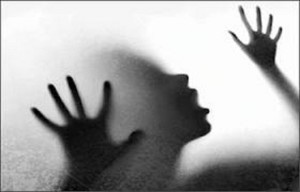 Nisharga Hossain: Some say – do not write/post/talk or protest for rape. It’s a horrible, disgusting thing and you do not want to be talking about filth. Just let it be and turn a blind eye to it. And if you are one of them, this post goes out to you. People who have been raped are often not accepted in society, looked down upon.

So you think they brought it on themselves ? Of course because they wore a tight t-shirt or a pair of shorts ! No my fellow small minded person, they did not “invite rape”. When we are bit by a mosquito its not because we were showing skin, it because they are blood hungry. And rapists are “rape hungry”. Shall we talk about how many well covered women get raped around the world? Or should I not because it would put your “she wore something tight” theory to shame? Gang rape, incestuous rape, pedophilic rape are the most “commonly acknowledged” rape. Some fail to acknowledge that if a girl was too drunk to give her consent for sex its rape. Its not rape only when a person can scream “no” and fight back.

If you are covering yourself up because of the way men look at you…LIVE. Live to be happy, content not to be pushed around by fear. Live to spread awareness and free others of these shackles of fear.