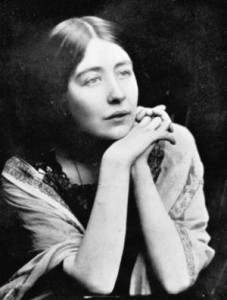 Shamim Azad: She was a leading British women’s rights activist, who led the movement to win the right for women to vote. She was born on 14 July 1858 in Manchester into a family with a tradition of radical politics. Emmeline got married Richard Pankhurst, who was lawyer and a supporter of the women’s suffrage movement.

In the year 2009 while I was working on stories embedded in the East End as a part of my job for cultural Olympia, I found out some fascinating stories on Suffragettes from this area. I choose Sylvia and Christabe Pankhurst as my subject. They were Emmeline’s daughters. Both were active in the cause. British politicians, press and public were astonished by the demonstrations, window smashing, arson and hunger strikes of the suffragettes.

In 1889, Emmeline founded the Women’s Franchise League, which fought to allow married women to vote in local elections. Like many suffragettes, Emmeline was arrested on numerous occasions over the next few years and went on hunger strike herself, resulting in violent force-feeding. In 1918, the Representation of the People Act gave voting rights to women over 30. Emmeline died on 14 June 1928, shortly after women were granted equal voting rights with men (at 21).

I visited places where Sylvia used to gather people, make a cuppa tea and served with Victoria sponge cake. It gave me goose bumps while I was walking round Bromley By Bow once where the area was covered with purple bramble and thorns.

This amazing lady Sylvia Pankhurst objected to entering into a marriage contract and taking a husband’s name. At about the end of the First World War, she began living with Italian anarchist Silvo Corio and moved to Woodford Green for over 30 years. A blue plaque and Pankhurst Green opposite Woodford tube station commemorate her ties to the area. In 1927, at the age of 45, she gave birth to a son, Richard. As she refused to marry the child’s father, her own mother, Emmeline Pankhurst, broke ties with her and did not speak to her again. Well I think that does not quiet goes with her!

Funnily enough, only last year I found out that Woodford Green is just over there where I live now. It was under Churchill’s constituency. That means he lived here too. Gosh! And fascinating too.

I remember them all. I loved Sylvia Pankhurst.