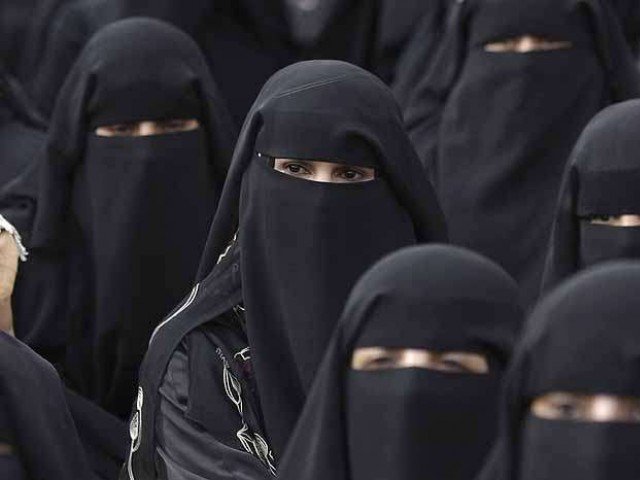 Simi Rahman: Every Muslim humanist is asking themselves a question I first asked myself in September 2001. How do you tell a radical Muslim from a moderate peace loving one? And here is my train of thought.

The 9/11 hijackers reminded me of boys I had gone to school with in Dubai in the 80s and 90s. They were the same age, background, and modern enough to have listened to 80s pop and chased girls. Meaning that just like most young people in the Muslim world, we weren’t that religious.

So, I thought, maybe I could locate the differences between them and me, and at some point I would identify a breakaway point. Something they would do that I never would. And it took me a while to realize this, and now with the California shootings, it has reaffirmed for me, that indeed, when it comes to being able to tell a moderate from a radical in Islam, you can’t.

You really can’t tell until the moment before they pull the trigger, who is moderate and who is jihadi. Tashfeen has broken our moderate backbone, by revealing that she lived among us, unnoticed, normal, experiencing motherhood, enveloped in our secure community and yet, had radicalized.

And that’s the problem, that there are many others like her with exactly the same beliefs, who may not have been ignited yet by a radical cleric, but if the opportunity presented itself, they would follow. They’re like a dormant stick of dynamite, waiting for the fuse to be lit. The TNT is already in there.

What’s it made of? Not the 5 pillars, belief, charity, prayer, fasting and pilgrimage. Not the sayings of the prophet as to how to lead a good and just life. Not the celebration of Eid ul Fitr.

It possibly glimmers through in the fealty that Allah demands during the Eid ul Adha, when Abraham’s willingness to sacrifice his son as a sign of his superior faith is commemorated in a sacrifice and celebration very much like the American Thanksgiving, with family and food. But without the football. And with a side of divinely aborted filicide.

It is present in every act that is performed that excludes us from the mainstream. It is present in the very concept of Us and Them. Because the only way we remain Us is to reject Them. The only way to be an exemplary Us is to reject westernization at every turn. Halal only is a sham, constructed out of this notion of meat that has been cut a certain way. It’s the same meat. And yet there is a magical difference that people will attest to in all seriousness.

I went deep into the Midwest, wore a hijab for a year and lived there for 8 years. In that time, I attended ISNA gatherings, met w educated, professional people like myself who were also asking the same questions. They were looking to their faith for answers. And sure, there were efforts made to modernize Islam, but they were only superficial. We couldn’t do it. We couldn’t do it because there is a logical dilemma at the core of Islam. And that is, that the Quran is the last word of God, that it is perfect and unchangeable. And to even suggest such a thing is blasphemy and apostasy.

And so, to understand the moderate mind, you have to envision it on a continuum from radical to middle, but the closer you get to liberal, there is a wall. It creeps up on you, in the condemnation of homosexuality, in the unequal treatment and subjugation of women, but it’s there. Beyond that wall that they are afraid to look over, for fear of eternal hell fire and damnation, is where the answer lies though. So being a Muslim moderate these days is like running a race with a ball and chain attached to your feet. A handicap. Unless you can imagine what the world beyond that wall looks like, you can’t really navigate it. If you’re so terrified of blasphemy that you refuse to look over, you’re forever stuck. Right here. And behind you is the jihadi horde, laying claim to real Islam, practicing it to perfection, as it is laid out in the Quran. A veritable rock and a hard place. I feel your pain. I’ve been there. And it was untenable.

I read, discussed, debated alongside many good Muslim young people from all over the world, in Internet forums, trying to argue our way to a solution, much like we are doing on social media right now. I knew I rejected the homophobia, I knew I rejected the subjugation of women. And it all remained a theory until I saw it in practice. In the drawing rooms of the Midwestern professional moderate Muslim. There was the discussion of whether the verse that allows a man to strike his wife instead actually means, he should strike her with a feather. As a doctor, I am a humanist first, and so the blatant homophobia was irrational, dangerous and something I stopped tolerating politely. I attended presentations at the mosque of videos from the Palestinian Territories, played to rouse the outrage of the gathered congregation.

And that’s when the absurdity started to really hit home. What in the world were we doing? We were training our children to kowtow without questioning an authority that we believed would keep them safe from evil western ways. And so the community’s children went to Sunday school, wore hijab, prayed and fasted. They were enveloped in a Muslim identity that was unlike any that I had experienced before. I was raised in a Muslim country in the Middle East and religion was something we kept in its place, somewhere after school, soccer and cartoons. Here was a more distilled, pure and, most dangerously, a context-free Islam. There were no grandmothers here to sagely tell us which parts of the Quran to turn a blind eye to. There were no older cousins here who skipped Friday prayers and goofed off with their friends instead. Oh no. This was Islam simmered in a sauce of Midwestern sincerity, and boiled down to its dark, concentrated core. This was dangerous.

As my children grew older, I grew more afraid. I had tolerated their father’s insistence on sending them to Sunday school, where mostly they played and learned a few surahs. But as they grew older I knew it would change. A sincerity would creep into their gaze, teenage rebellion would find just cause in judging your less religious parents as wanting and inferior. Bad Muslims. How many teenagers have started to wear hijab before their own mothers? I’ve lost count. Mothers who found themselves in this dilemma would choose to join their child on this journey. They would cover too, and as such offered a layer of protection from the ideology by offering perspective.

I worried though, about the Internet, about radical recruiters posing as friends, finding willing and malleable clay in our unformed children. For we would keep them unformed. We would shield them from western influences in order to protect them, only to create a rift that could be exploited as an entry point. We would in essence be leaving our children vulnerable to radicalization.

And that is exactly what has been happening. The young girls from Europe and the US who have traveled to Syria to join ISIS, have done so because they’re looking for what all teenagers are looking for, a sense of identity, to differentiate themselves from their parents and find a separate identity, the thrill of rebellion, adventure. They can’t date, drink or dance, so they might as well Daesh.

This thought is what drove me to scale that wall. I dropped prayer, stopped feeling guilty for not praying. I drank alcohol, in moderation like most people do in the west, and I didn’t instantly turn into an alcoholic. I dropped the need to cover to my ankles and wrists, and wore regular clothes. Bacon. I mean, seriously, it’s bacon, I don’t have to explain how good it was. I turned to look back at the wall from the other side, and it was…a relief. I relief to lose that fear of apostasy. To realize there was no such thing, it was purely in my mind. The ideas that had worn a groove in my mind, the guilt, the anxiety, the self flagellation for being a bad Muslim, all were gone.

And now, looking in the rear view mirror, I cannot recall what that felt like. I can’t recall what believing used to feel like, because it’s not as if there’s an absence. It’s not like I miss it. No, in its place has come a more robust understanding of humanity, philosophy, history, human nature and yes, even of religion.

A realization that the future is everything. There is no heaven or hell. Or rather, we no longer need a heaven and a hell to curb us into moral behavior. We have evolved. We know more of the universe, too much to be afraid of it anymore. We know more of this earth, and we know that every human being is made of exactly the same material. There is no Us, no Them. There is only We. We need to move on. We need to break free. We need to scale the wall so we can push back against the forces that seek to snatch our children’s minds and bodies. We need to protect them, we need to inhabit our own intelligence instead of surrender it in the service of an archaic structure of beliefs that make absolutely no sense to follow in this day and age.

We have to break the chains in our own minds in order to do any of this. And it is scary. Especially when you’ve believed your whole life in the concept of blasphemy. Especially when you know that to openly come out and reject these beliefs would be to risk alienation, to be ostracized and maligned, rejected and alone. And in many cases, dangerous to your own person.

So maybe that is where we should start. By encouraging Muslims to create safe spaces to challenge the logical fallacies and inconsistencies, not between translation to translation, but between Islam and the modern world.

Peter Janecki, who created a machine that converts sewage into clean drinkable water and energy, noted in his TEDMED talk recently that he had to zoom out and look at it not as a garbage problem, but as an energy problem. He had to make the problem bigger in order to come up with a solution.

And I think it’s the same with islam. We have to make the problem bigger. Instead of minimizing, we need to blow it up big and examine it and let go of this idea that a sacred text is unchangeable. Or unquestionable. We have to look at it instead as a humanism problem. Is Islam, in the way it is practiced and preached, humanistic enough? In that does it respect the personhood of a human being enough, and if it doesn’t, then what can we do about it.

We have to make it ok to walk away. We have to come out of this closet and into the light. Because none of us are safe anymore. And none of the old bandages will hold much longer before it becomes a full on carnage that we only have ourselves to blame for.

Article by Suraiya Simi Rahman, MD, reprinted from her Facebook page with her permission. She is a doctor and an ex-Muslim who has lived in Bangladesh, the UAE and Pakistan. She practices pediatrics in Los Angeles. Facebook has improperly removed her original posting of this article for allegedly violating their community standards. Before being censored her post was shared over 2,000 times on Facebook.