“After the British Parliament voted to bomb Syria, I thought to myself:  “Yeah, we drank from a bitter cup yesterday, but we won’t allow bitterness to take over, we won’t despair.  We will continue with determined tenacity and courageous patience—and a smattering of blind faith—because an injustice somewhere is an injustice everywhere.  We will keep working for the world we want, and won’t be beaten by war mongering.” 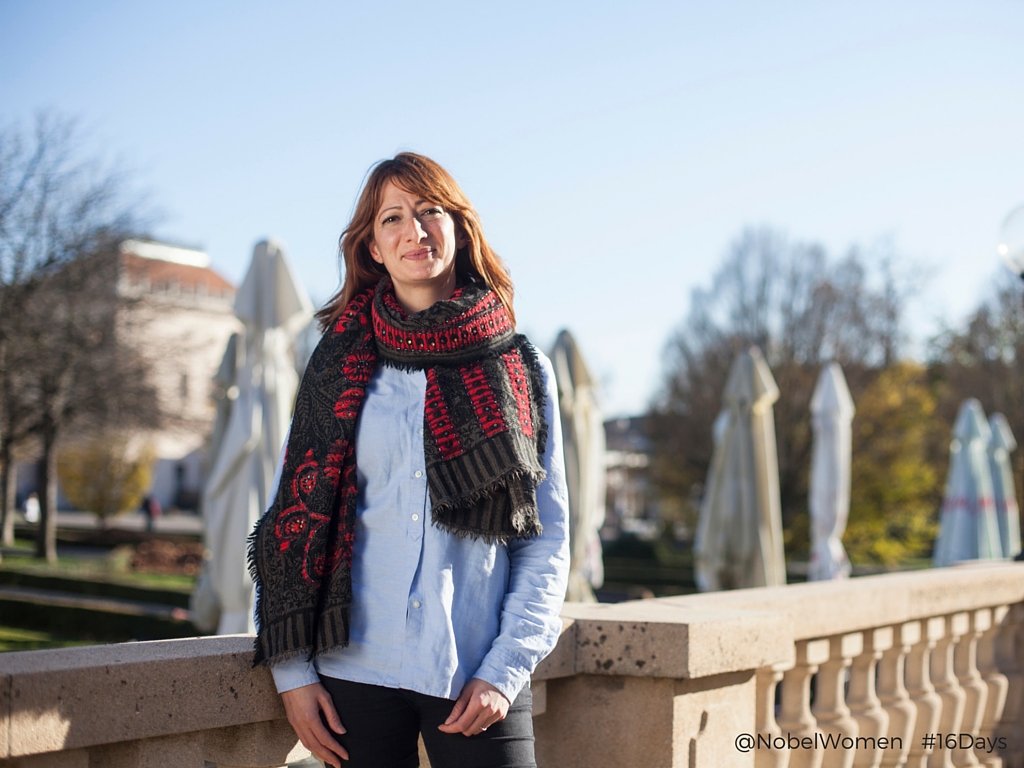 Women Chapter: Dr. Rola Hallam is a British-Syrian doctor who is using her medical skills and steadfast commitment to save lives and bring help to everyone in Syria, regardless of ideology or religion.  She is also a powerful voice for an end to the war in Syria—a war that has killed more than 250,000 and forced about 12 million Syrians to flee their homes.

Rola is the Medical Director of Hand in Hand for Syria, a UK-registered Syrian-led humanitarian and development organization working in Syria to deliver food and medical aid, as well as other essential services.  In a country that has had its medical and other infrastructure shattered, this work is filling a huge void.  Along with supporting 80 field hospitals, the group operates a paediatric hospital—the only specialist unit of its kind in northern Syria.   The number of premature births has skyrocketed in Syria, and most women have little or no access to pre or post-natal care.

Two years ago, Rola was working at a hospital in the countryside outside Aleppo. A large number of children were brought to the hospital after a school was aerially bombarded.  Rola was horrified at the scale of the tragedy—so many innocent children injured and dying—and sadly recalls that she and her colleagues could not save everyone that day.   But what also struck her was the bravery and selflessness of the other doctors and nurses, most of them local staff.  They worked tirelessly to save as many children as possible, without any thought to the fact that their lives were at risk in doing so.

Since she was a child, Rola knew she wanted to be a doctor—following in the footsteps of her father.   Her dual identity, as both a Brit and Syrian, made Rola realize early in her life that there are some people in the world who have resources and services, and some who don’t.

In 2007, already working as an anaesthesia and intensive care consultant for the National Health System in the UK, Rola traveled to Ethiopia to do a training course for anaesthesia technicians.  Since that trip, she has returned to Ethiopia—and now also works throughout Sub-Saharan Africa.  Most recently she was in Uganda as an advisor on a project aimed at developing a low-cost incubator for premature babies.

Rola started her career as a doctor, but her work in Sub-Saharan Africa and now, more recently in Syria, has also led her to become a global advocate.  She has traveled to the US and across Europe, speaking to UN, European Union and American government officials as well as media about the dire situation for civilians in Syrian—and passionately lobbying for them to end the bombings and protect civilians.

Rola draws strength and energy from the collective work of all her colleagues, and has high hope that the work they are doing together will eventually lead Syria on a path towards democracy.