“I was not big on social media at the beginning of the Syrian revolution. I had 60 friends on Facebook and almost all of them were from Chicago. I didn’t even know how to use Twitter. When I look back at it now I realize I didn’t have a plan. I just knew I had to do something. I looked around the room and saw my laptop and thought, ‘Okay, let’s try that’.” 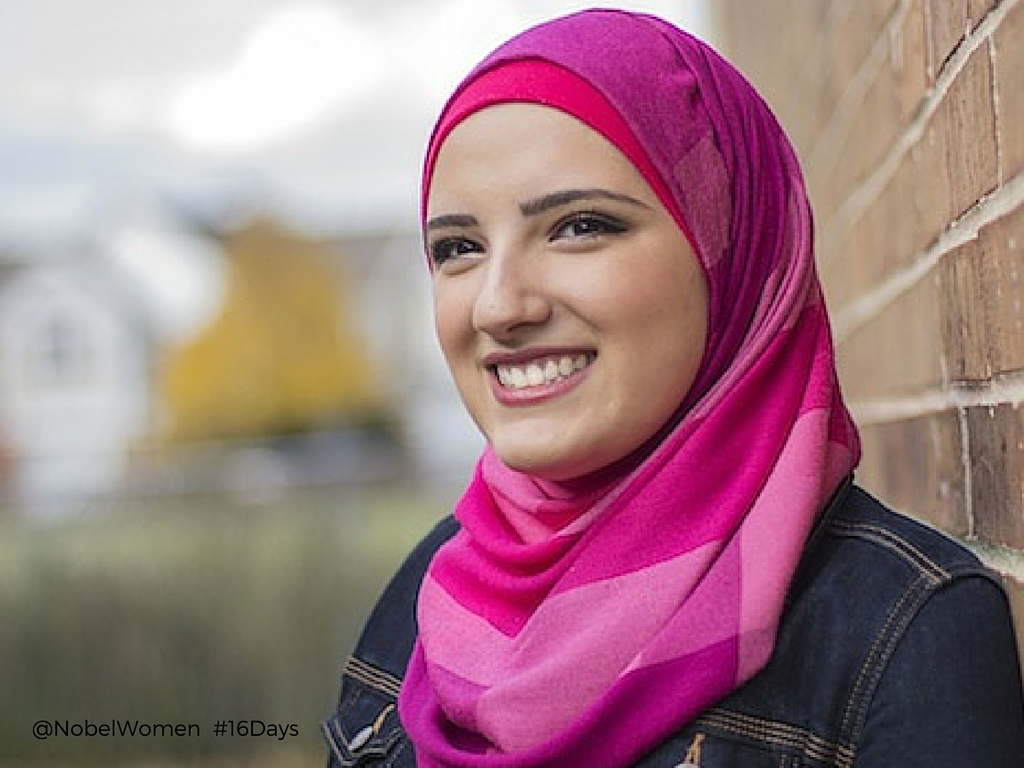 Women Chapter: Alaa Basatneh– is a courageous young Syrian activist using social media to connect activists on the ground in Syria with each other, and the international community—all from her laptop in Chicago, USA.

Born in Damascus, Syria, Alaa came to the United States with her family when she was seven years old. On March 15, 2011 Alaa’s life as a 19-year old changed forever. She returned home from school to see the TV reporting the news that the oppressive Syrian regime had imprisoned, tortured and killed students from a school just outside of Damascus, in Daraa. The students had revolted against the regime by writing “Down with the regime” on the school wall. Syrians took to the streets in Daraa in a “Day of Rage” and the regime responded with deadly force. Alaa, shocked that this kind of horror could happen to students her age, was catapulted in to action. She took to her laptop—the only tool she had available—and her life as an activist began.

Alaa began using social media to connect activists on the ground in Syria with each other. She helped to coordinate protests, identify safe escape routes and collect video footage and photos of protests. Alaa became a medium between activists in Syria and the international media, organizing interviews and reporting up-to-date news from the ground. The incredible impact of her efforts has been chronicled in the award-winning documentary, #ChicagoGirl: The Social Network Takes on a Dictator.

Alaa’s work to support the Syrian revolution and bring international attention to the deadly actions of the Syrian regime has not come without a cost. She has received numerous threats online from the Syrian intelligence office, and threats on the ground from extremist groups. As a result, Alaa is no longer able to return to Syria for risk of her safety.

Despite these threats Alaa remains determined to support activists and civil society on the ground in Syria. She continues to use social media to raise awareness about the situation of those remaining in Syria during the ongoing war—particularly the situation of children. Alaa is certain that the future of Syria must be built by the next generation, and she plans to do everything in her power to ensure they have the support they need.